Mediafire Batoto Notes With Neg/a/ Nebulas Project. (more…) for the interview’s translation. “Absolutely Removed from the Freaking Game Forever”. I really hope this won’t end up as a 3-4 months delay again, but it’ll depend on the scanner’s desire and schedule. Well, I’m hoping for the best.   Source – AkibaBlog (5th Sep 2012). I’m […] 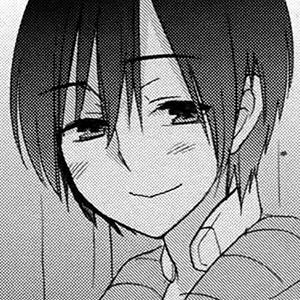 Mediafire
Batoto
Notes
With Neg/a/ Nebulas Project.
(more…) for the interview’s translation.
“Absolutely Removed from the Freaking Game Forever”.
I really hope this won’t end up as a 3-4 months delay again, but it’ll depend on the scanner’s desire and schedule.
Well, I’m hoping for the best.

Source – AkibaBlog (5th Sep 2012).
I’m not reproducing any images, so their positions will be marked within {description}s.
Might be a good idea to open a copy of the original post to see the images.

Editor L: Nice to meetcha!! Well then, first of all, let’s hear all about how the serialization started!

Sasakura-sensei: It happened at the completion of the manga for “Shana” that I had the opportunity to work on for 6 years, when I was talking about what my future plans should be. I thought about an original work on the lines of “an amusement arcade exclusive to girls”, but there, I had a discussion with the editor-in-charge over a spin-off for “Accel World”.

Editor L: I see, I see, so the original “an amusement arcade exclusive to girls” work fused with “Accel World”?

Sasakura-sensei: Now that you pointed that out, that might really be it (haha).

Editor L: But still, Chiaki and the rest of the characters are fleshed out well.

Sasakura-sensei: It wasn’t all that when I received the characters’ drafts and the plot for the first chapter from Kawahara-sensei, but after consulting Kurusu-sensei’s (Duel Avatars’ Concept Design for “Magisa”) concept art and drawing up many, many roughs… (haha)

Editor L: The editor-in-charge said that you were really relaxed (haha)

{concept art for the school}
And another reveal. Brought forth by the one tasked with everything related to design, Sasakura-sensei’s Papa-sama’s (!) hand, the concept art for Seibi Private Academy.

Sasakura-sensei: Aside from martial arts, she learned stuff like parkour(*) as well (haha).

* Parkour… A form of exercise that originated from France. Have you seen scenes in movies where they went whoosh, running and jumping across gaps between buildings with their own strength? That’s it. It’s training one’s body by running, jumping, and climbing, without using tools.

{volume 1, page 100}
A scene in the work where Chiaki does something Parkour-ish.

Editor L: If that’s the case, that would be the highlight of the first volume?

Sasakura-sensei: Of course, the highlights would include the action scenes, but I believe the playful mood from the girls’ conversations and interactions would count too, along with the president’s complete lack of restraint. Lilya’ll be showing what she’s keeping inside in volume 2 too, so look forward to it.

Editor L: Have there been anything you’ve been really into recently?

Sasakura-sensei: I like drawing, so I’ve been drawing… and I play horror games a lot.

Editor L: And lastly, a messsage for the readers, please!

Sasakura-sensei: Your expectations might get overturned, but I’ll try my best to not betray your anticipation!

Editor L: Thank you very much!!

{Chiaki and Lilya in kimono, go look at it, really}
Sorry for the wait! Here’s a new piece of art just for this by Sasakura-sensei.